Ischiofemoral impingement is sometimes missed in Hip MRIs because our focus is too narrowly centered on the joint or hamstrings.  When assessing the hip joint it helps to organise the evaluation into compartments like the joint, trochanteric region, hamstrings and surrounding muscles and tendons so that each area is specifically assessed. Like meniscal root tears  ischiofemoral impingement is one of those things that you need to look for specifically rather than as part of a general assessment of the hip as we scroll through the scan.

So what is it? 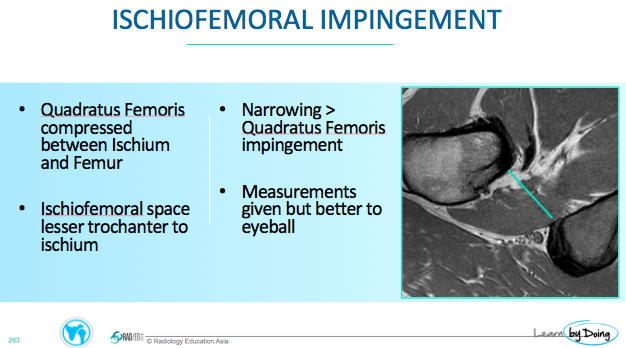 Image above: Slight increased T2 signal in the Quadratus Femoris Muscle ( yellow arrow) is a sign of early impingement. 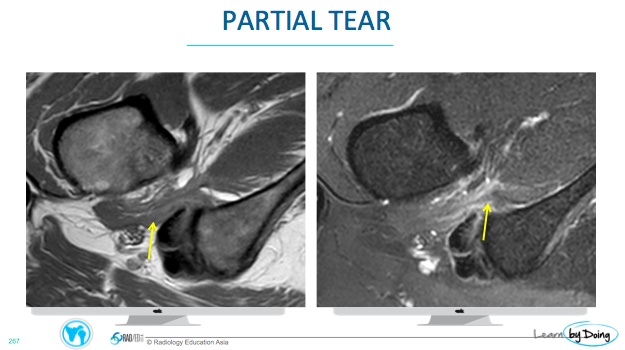 Image above: Loss of volume and increased T2 signal in the quadratus femoris muscle ( yellow arrow). 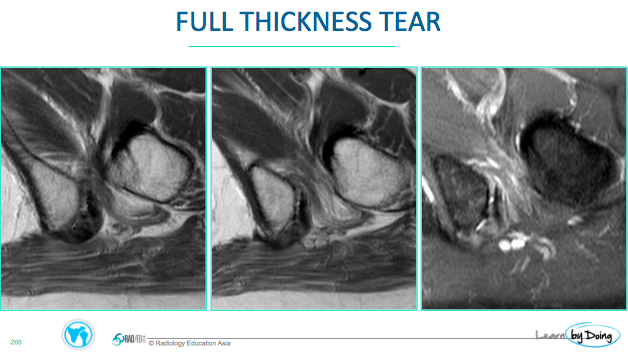 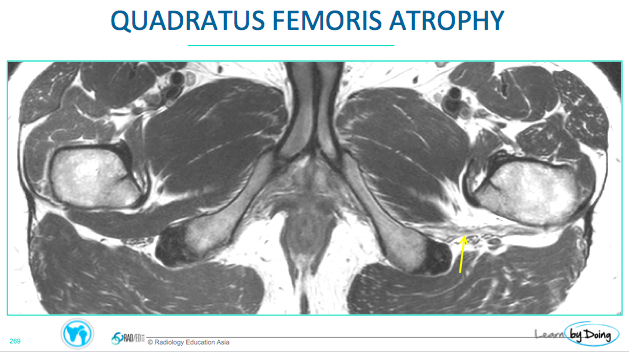