What Happens: The effect of radiation on the spine is cell death of both tumour and normal marrow. And over time the dead cells are replaced with fat.

What Does it look like: When we image the spine post radiation, because the marrow has become fatty replaced, its fairly uniformly bright on T1 sequences. We see two things on MRI 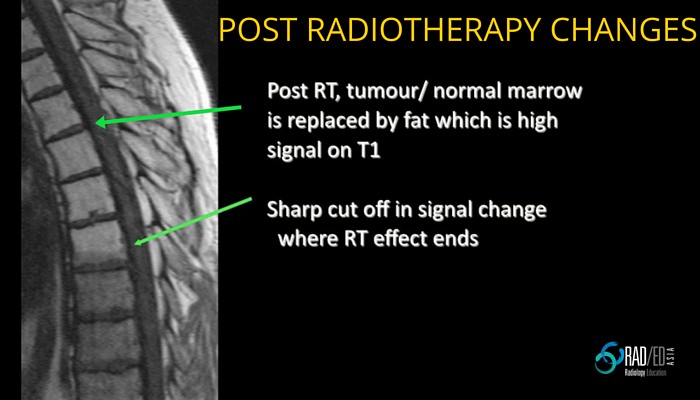 What happens when there is recurrence of tumour post radiation? 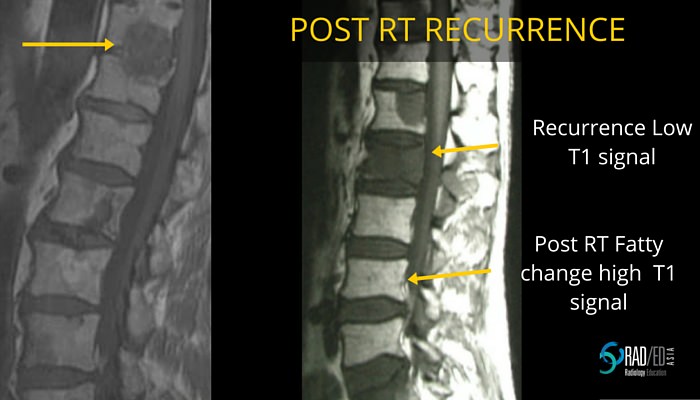