2. Septations: Again with a larger benign syrinx there can be considerable septation within the syrinx. However, there shouldn’t be nodularity and the septations shouldn’t enhance. 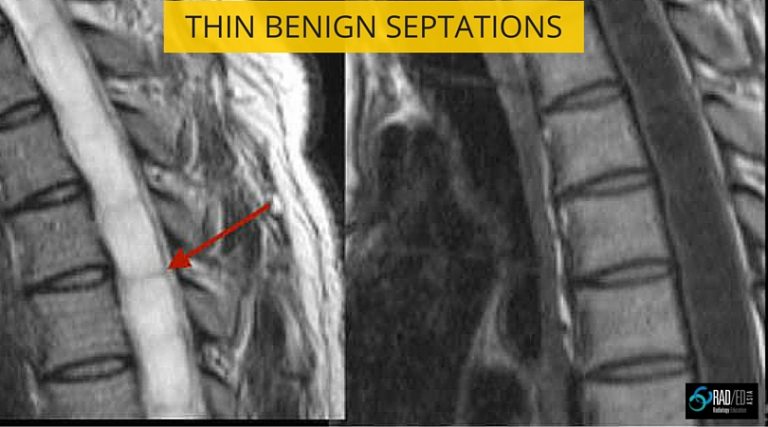 3. Eccentric position in cord: A benign syrinx can be central in the cord or eccentric in position. 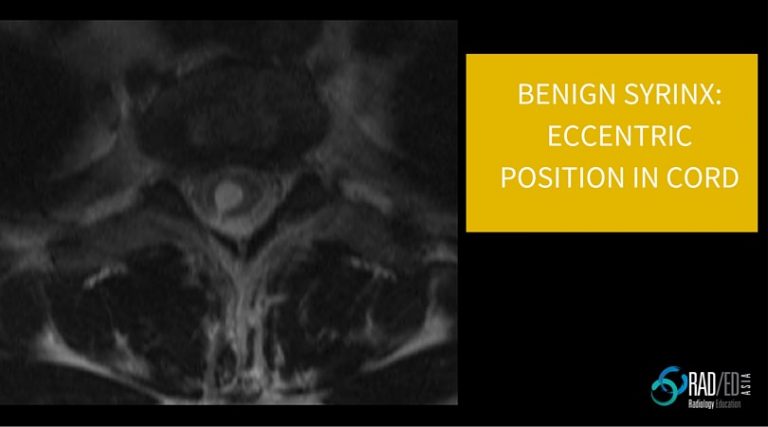 As long as there are no other feature of malignancy, such as cord oedema, enhancement, nodularity/ mass, the above findings should not be of concern for malignancy.

A very important point is that on the first presentation, even if the syrinx looks completely benign, you must give contrast. Tumours such as hemangioblastomas can present as a benign appearing syrinx on non contrast scans, but on contrast administration, will show a tiny nodular area of enhancement.  Once you have shown it to be benign on the first scan,  follow up scans don’t require contrast.

More information on upcoming  MRI Workshops at this link.