On MRI muscles around the shoulder can show features of denervation. So what are the causes and what does it  look like. Most commonly its due to nerve compression from a paralabral cyst secondary to a labral tear ( usually a SLAP tear).  It can also be due to brachial neuritis ( Parsonage Turner Syndrome) with no evidence of a compressing mass. In this post we look at paralabral cysts and in the next post at Parsonage Turner Syndrome. 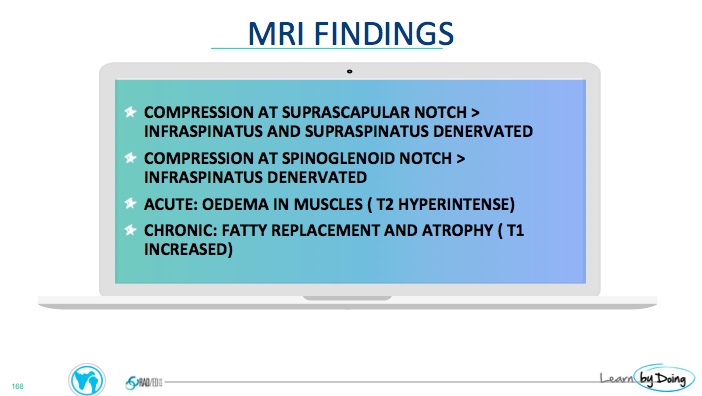 Image Above: Cyst in the suprascapular ( red arrow) and spinoglenoid notch extending to the groove inferior to the notch ( purple arrow). No evidence of denervation.

Image Above: Denervation of both supraspinatus ( yellow arrow) and infraspinatus ( blue arrow).