When the clinical examination and referral notes are inadequate (Back Pain F.I.) the cause of the pain may well be sacral rather than lumbar.

On a standard lumbar spine MRI with axial and sagittal scans,  the sacrum is not specifically imaged, but sacral fractures can be a source of back pain.

There are 2 things you can do to find a sacral fracture which may be the cause of the patient's back pain?

The Best Way is to routinely include a coronal larger FOV T2/PD Fat Sat or STIR scan of the lumbar spine and sacrum in your sequences. This will demonstrate oedema and the fracture line and makes life easier. 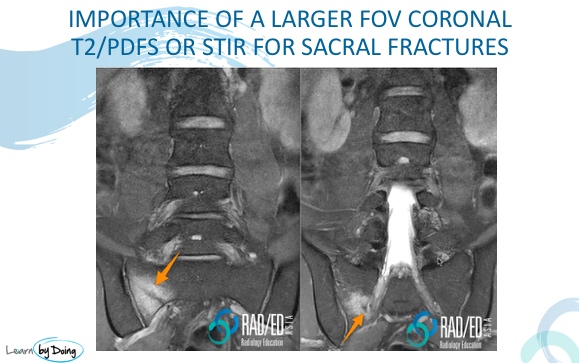 Image Above: Larger FOV T2FS easily demonstrates a sacral fracture which could be missed on standard sagittal and axial lumbar MRI.

The other way if you cant convince people to add an extra sequence.

The key is to look at the lateral most scans on both sides of mid line and look for signal abnormality on the T1 scans. What you are looking for is reduced T1 marrow signal. On the T2 scans the oedema is not as obvious as often its not much brighter than adjacent fat. You will see this only on the lateral most scans as usually the oedema doesnt spread to the mid line scans. 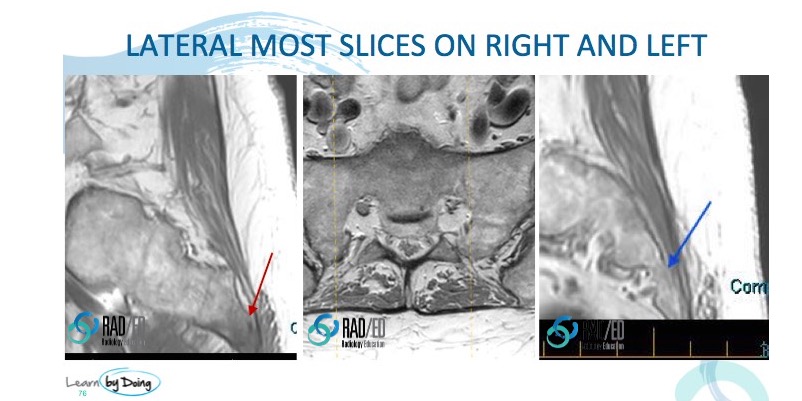 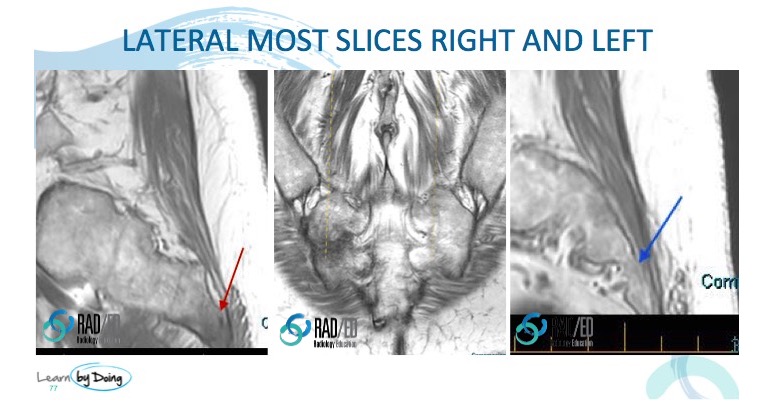 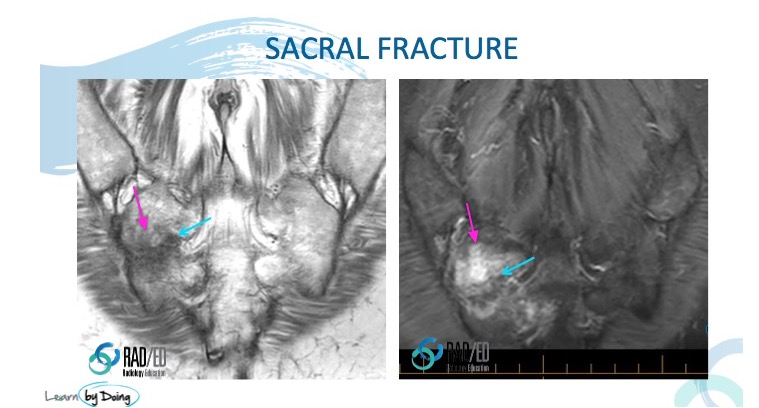 Image Above: Right sacral ala fracture (blue arrow) with surrounding oedema (pink arrow). Adding a routine coronal PDFS or T2FS to the lumbar series makes the diagnosis much easier. But when you don't have it, look at the lateral most slices for reduced T1 marrow signal.

We look at all of these topics in more detail in our SPINE MRI Mini Fellowships.

SEE ALL OUR POSTS ON FRACTURES