When I report a Hip MRI,  the tendency is to save time and get on with reporting the MRI and not bother too much with the plain X-ray. Because what can a plain X-ray tell you that you cant find on the MRI, right? Wrong. There is so much to be gained by looking first at the plain X-ray that will alert you to the probability that you will find a labral tear or cartilage damage. In this first part we look at the ossifications you can see around the acetabular rim, their importance and how to differentiate them on a plain xray.

Os Acetabuli: These are unfused ossification centres at the super lateral acetabular margin and are surrounded by hyaline cartilage. They are usually rounded or ovoid and well corticated often situated slightly away from the acetabulum. 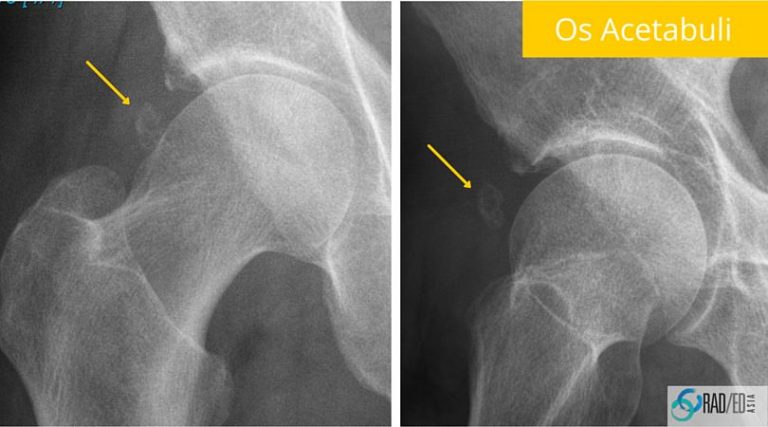 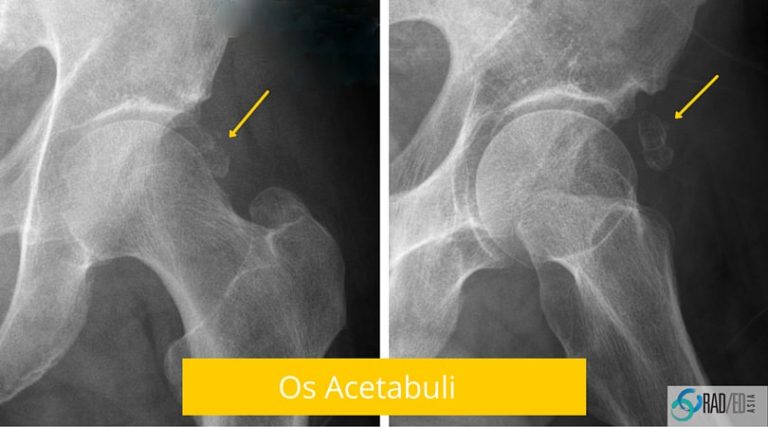 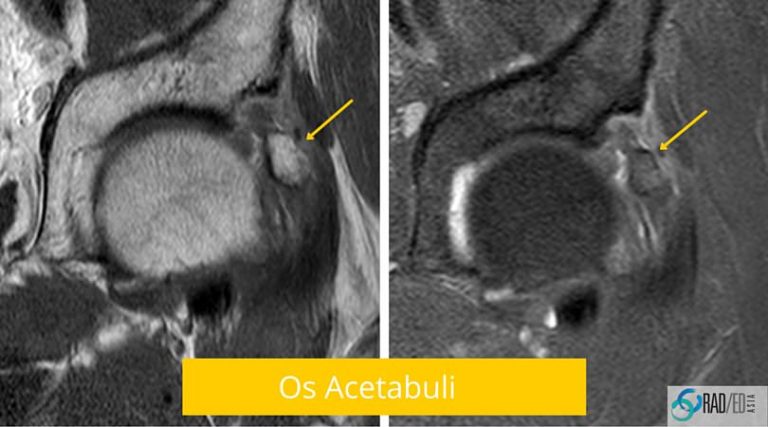 Images above: Xray and MRI of the same patient with os acetabuli. Ovoid well corticated ossification on xray. MRI shows oedema in the ossicle, surrounding tissue and synchondrosis  ( image on right) suggesting impingement.

Acetabular Rim Stress Fractures: These develop from chronic repetitive micro trauma to the acetabular rim. They usually have a vertical cleft separating them from the rest of the acetabulum. 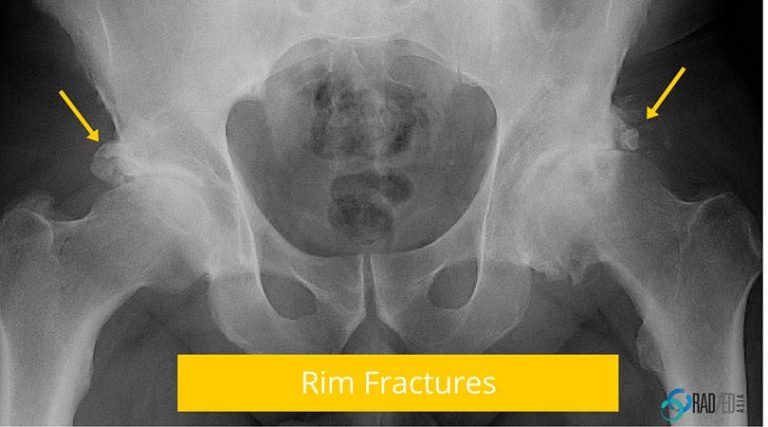 Image Above: Acetabular Rim Stress Fractures. More vertical orientation of cleft between acetabulum and fragment and the fragment lies close to the acetabulum.

Labral ossification: Can be punctate and small in the region of the labrum or can also ossify the entire labrum and will have the shape of a labrum on xray. 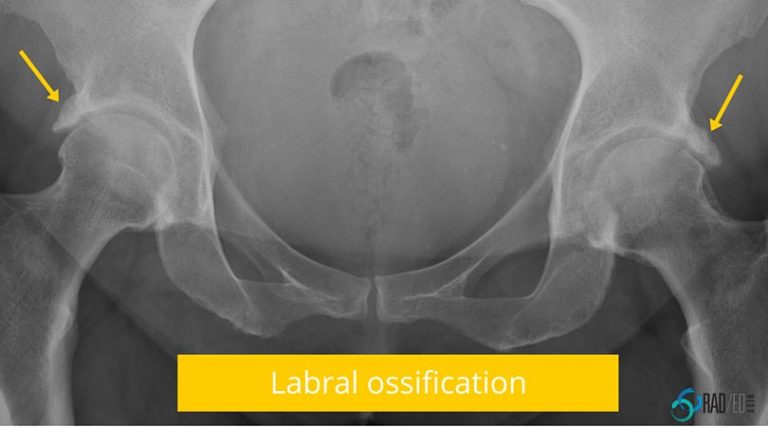 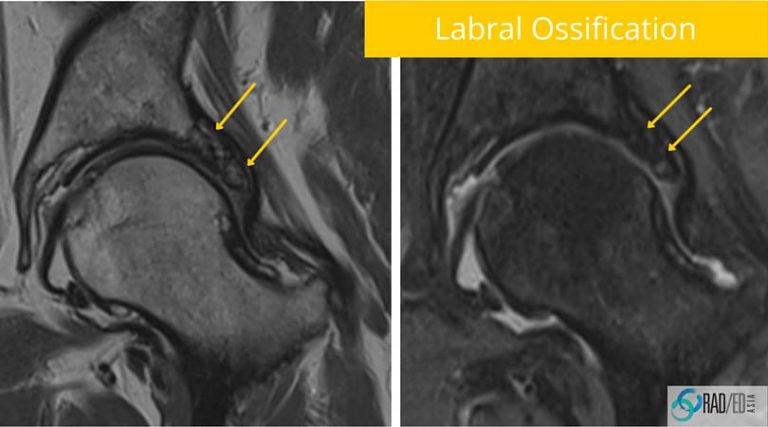 Images above: Xray and MRI same patient. Xray demonstrates bilateral labral ossification, left larger than right. MRI demonstrates ossification in the labrum with bright marrow on the PD scan ( left) which saturates out on the PD Fat Sat scan ( right).

If these Acetabular Rim Ossifications are small it can be very easy to miss them on the Hip MRI so looking initially at the xray is of great help. Sometimes it can be difficult to differentiate between them but the important thing is to be aware of their presence and if you really cant determine what sort of ossification it is, call it Acetabular Rim Ossification and that alerts you and the referrer to the possibility that there may be impingement.